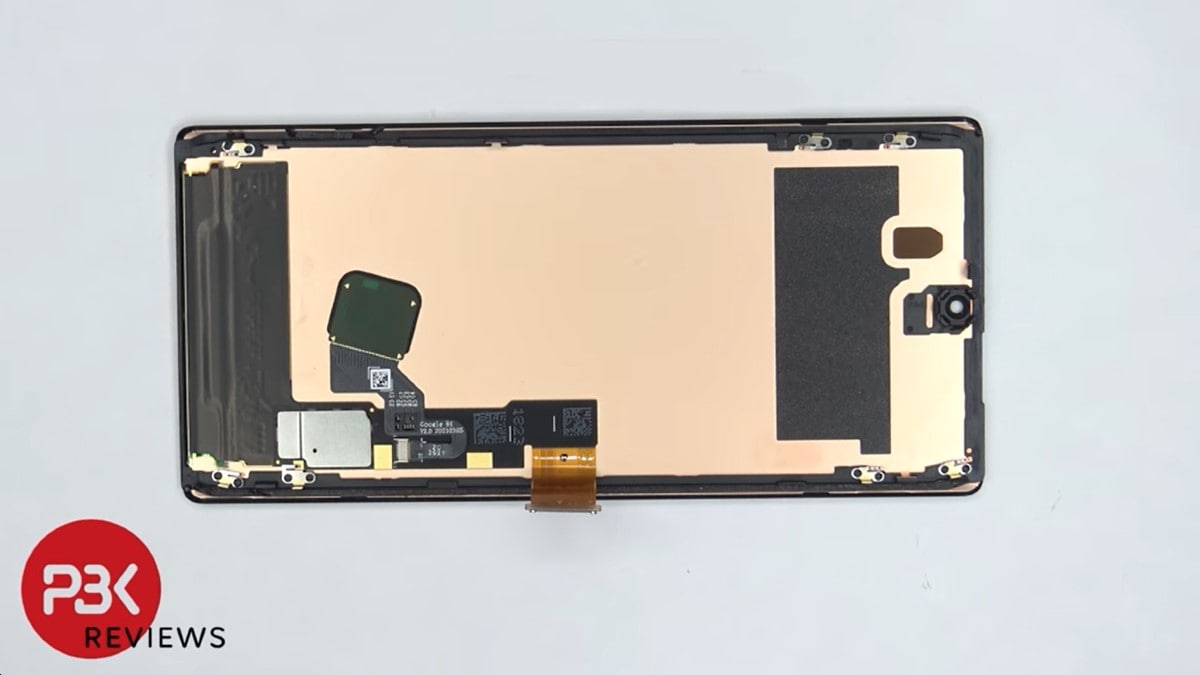 Pixel 6 Pro and Pixel 6 phones have been put through extensive teardowns to reveal their internals and showcase their repairability. The teardowns were conducted by PBK Reviews and while the Pixel 6 and Pixel 6 Pro internals are almost the same, there are a few key differences that the videos highlight. The two phones are bundled with a lot of heat dissipation and the teardown showcases the mmWave layout as well. The videos focus mainly on the repairability of the two phones, and both the screen and fingerprint sensor worked fine after replacement.

PBK Reviews has posted two videos that detail the teardown of the Pixel 6 and Pixel 6 Pro. Once both the phones are opened up, they both are covered in a large copper heat sink. There is also an aluminium mid-plate below for more heat dissipation that is connected to the chips with thermal tape. The under-screen fingerprint sensor is also sported at the back of the screen. It is a thin sticker that takes up very little space. The proximity sensor and the under-display brightness are also spotted under the screen.

The videos reveal that the Pixel 6 Pro has the haptic motor at the bottom of the phone while the Pixel 6 has the haptic motor on top. It is also revealed that the mmWave antenna is placed on the top edge of the Pixel 6 for regions and carriers that support it. For areas where there is no mmWave, that real estate is filled with a placeholder metal block. mmWave is said to enable high download speeds on 5G phones, but just putting in one is questionable. It is most likely to be blocked by the hand when in landscape mode and Qualcomm has even reportedly suggested that the signal will operate better if there are over four mmWave antennas integrated inside any phone. With just one mmWave antenna, placed in a poor fashion, it remains to be seen whether the Pixel 6 is able to ever catch fast speed connectivity, or not.

As for repairability, PBK Reviews reports that the USB Type-C port is soldered onto the motherboard making it difficult to repair. The video also reveals that everything inside is glued together, meaning that repair would lead to compromise on the phones’ water resistance. The video details that it didn’t face any issues while replacing the screen, but the fingerprint sensor replacement required them to run some calibration software and then the phone had to be factory reset. The teardown videos of both the Pixel 6 and Pixel 6 Pro can be watched below:

Moto G71 Tipped to Launch This Month in India: All Details

iQoo 8 Series to Launch on August 17: What to Expect

Samsung Galaxy F42 5G to Launch in India on September 29

Samsung Galaxy M10s Is Receiving Its Android 11 Update in India:...