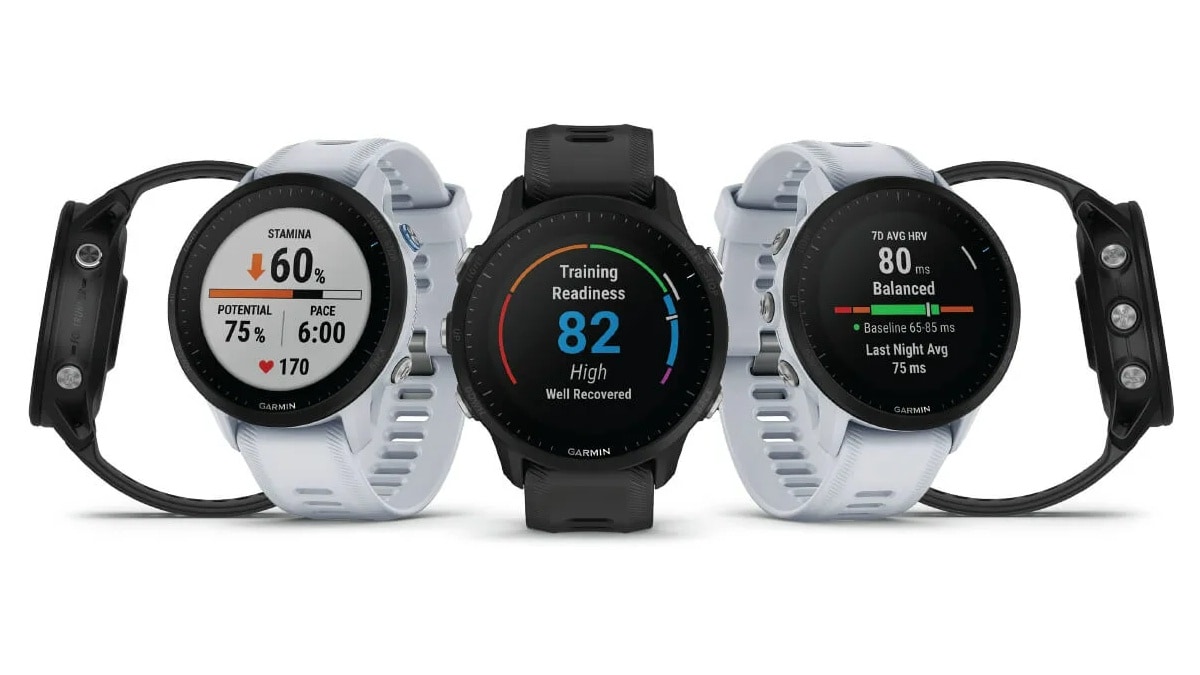 Garmin Forerunner 255 and Forerunner 955 smartwatches were launched on Tuesday in the US. Both these products belong to Garmin’s Running smartwatch portfolio with Forerunner 255 being the entry-level model aimed at budget-conscious runners and Forerunner 955 being the flagship model for elite runners. Both these wearables come loaded with features such as a large battery, built-in GPS, detailed data, and adaptive training plans. The two now also have a race widget and ‘morning report’ that gives an overview of sleep, recovery, and training.

All the Forerunner 255 models come with a built-in triathlon feature and support for over 30 sports activities. Other sports-related features include suggested workouts, training plans for marathon programmes, and gym exercises. There are new features which include a Race Widget that offers race training tips, personalised daily suggested workouts, and completion time predictions. You also get a ‘morning report’ that compiles the data of your day and presents it when you wake up in the morning.

In terms of health-related functions, the Forerunner 255 models come with heart rate, sleep as well as SpO2 monitoring for its Body Battery feature, hydration tracking, and women’s health. The data of these functions can be accessed via the Garmin Connect app. All smartwatches come with Garmin Pay, a 5ATM rating for water resistance, and support for smart notifications. The Music models can store up to 500 songs on the device.

The Garmin Forerunner 955 and the Forerunner 955 Solar have all the features of the Forerunner 255 models along with support for offering more dynamic data of workouts and activities. Both the models sport a 1.3-inch display with 260×260 pixels resolution and Corning Gorilla Glass DX protection. They both come with the new Race Widget and ‘morning report’ features. Unlike the Music models, both Forerunner 955 variants get storage to save up to 2,000 songs.

Connectivity options on the Garmin Forerunner 955 and the Forerunner 955 Solar include Wi-Fi along with Bluetooth and ANT+. The Forerunner 955 is claimed to offer up to 15 days of battery life, and the solar variant can get up to 20 days of run time. They come with 5 ATM ratings for water resistance.